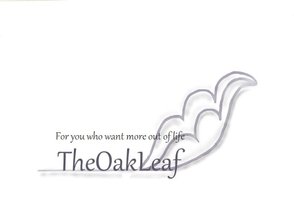 Ellinor Isa De Ross Eklöf has since the beginning of the 2000s lectured, led courses, had private consultations and collaborated with the church and various study associations.

With her broad life experience, Ellinor Eklöf is a good employee in the work of spreading opinion about children's vulnerability in families where there is abuse.

Our collaboration began in Falkenberg in the spring of 2003. With the exhibition "The forgotten children" at Falkenhus.

Here, Ellinor performed her monologue as an introduction to the screenings and as inspiration to work with the questions that the exhibition raised.

Courses for deacons and diakonia workers in Skara diocese. Her monologue became an element in "the forgotten children" that Hela Människan held. She also participated in conversations and dialogue during the days.

Seminars in Trelleborg on behalf of Skåne's sobriety association, Hela Människan and NBV. She performed her monologue and participated in conversations and dialogue. The seminars attracted about a hundred visitors from the municipality, social administration, school and the general public.

In 2004, Ellinor started a project "Do we want to think seven generations ahead" in collaboration with Hela Människan in Skåne-Blekinge and Skåne's Sobriety Association.

Within the framework of this, she has also participated in an EU project within "nature and health" - "natural charge" at Alnarp's Agricultural University.

In 2005, we collaborated on lectures and dialogue at Malins Minne outside Eslöv. Ellinor has then targeted mothers with substance abuse who are undergoing treatment with their children, as well as the staff.

Had a hard time behind me where even 2 years ago a check in the infamous wall was a fact. To get out on your own on such a thing with family and friends, acquaintances etc. who do not really understand unfortunately means that even the spare battery breathes and warns of termination from time to time. The belief in myself ended up in the shoe shafts. The hopelessness that has not existed in my world before has taken root in my mind. I have been one who thinks that "everything can be solved and what cannot be solved only takes a little longer". And this hopelessness is not a fun feeling to get and it feels difficult to get rid of all the adversity that has hailed and you feel that nothing goes your way.

Have for some time felt that I need help and have also sought it .. Not with any major success.

But ...Got phone number from a friend and decided to contact this lady. Call her to see if she might be the one I am looking for and if there is any hope of getting the help I feel I need. I still hear her brief words on the phone - "We have to see each other and it's urgent"

Said and done, I met Ellinor.

Have now tried a session with her. She did not say much but still it feels like I got a lot of info and help. Her drums and singing made me come down in circles again, which I now try hard to keep myself in. My feeling of Isa is that she is a straight and honest person in what she does. Very straightforward in what she says and she knows her stuff. A person I highly recommend to visit and I look forward to our paths crossing a lot in the future.

A big warm hug in the winter darkness Majsan

- Noo I answered a little bit swaying and thought, wow I can not fix if someone should start massaging my neck or come with a warm pillow, because then I vomit plus it might get worse. But then I said ok maybe I would try if you are careful

- Ok we'll try then ... You just need to sit on the chair do not take off and do nothing. Then she put her hands a bit over my poor head and down to my neck. 5 sec after her hands were in place, a shiver came through her body and the hair on my arms started to rose, wow a little spookie.

Time to eat, felt light in my head but did not dare to think it felt "calm" strange I thought that it was imagination? Well with the food in the stomach we set the table and I joked, that if the lumbar spine got better, I will soon be on the track again;) Then Ellinor answered, sit down and we'll fix it before dessert. I sat down and the same thing happened again with the shivering and the hair on my arms started to rose, then it started to sting a lot in the lumbar spine for to after about 10 seconds deviate and even then a calm settled over my back ... Hmmm this is crazy , how can this work, well now my stomach was soon filled with dessert and coffee and my body started to feel good (though I did not dare to believe it :)

We went out on the terrace and when Ellinor once again asked how I was? Well thank you I answer a little embarrassed everything would be perfect if only the neck pain on the left side wanted to calm down I said and chuckled, at the same time I thought this is not true ... Said and done now she put her hands a bit away from my neck I sat on a chair and closed my eyes slightly, again my body shook all the way into the marrow but this time three times in a row and right as it was we both heard a bang from the neck, just like when you stretch it to the side, but now sat I still and straight, she ended this "non-touch" after a few minutes and to my surprise I did not have pain in either the head, neck or lumbar spine, here we can talk about incomprehensibly, amazingly completely senseless magic and I who am so suspicious, what to say.

All the way home in the car I sat and just thought that now the pain probably must come back again but it did not. What I had left in my body when I got home was a tiredness and slight nausea, but was able to sleep all night without pain and wake up this morning without pain in my back, neck or head, well what to say ...

I have never been out for something like this, it is clearly completely magical with energies, nor can I deny the happiness I have felt today. Still amazed not a painkiller in the world can be compared to what I experienced yesterday simply Magic ♥ so cool ..

When Ellinor offered me to help with my nursing problem over phone ( I don't live in Sweden), I was a bit sceptical.

I have seen some doctors, nurses und even two nursing consultants and the problem was getting worse every day.

I was having less and less milk every day, the left breast almost didn't have any milk at all.

Maybe you wonder now why I made such a fuss about it? Why not just giving the bottle? Well, my baby girl had a problem with a weak sucling/drinking reflex and a little deformation in the mouth: thats why she wasn't able to drink from a bottle.

And the little she managed to drink from the artificial milk, she vomited a few minutes later...so as you can imagine, I was worried about my baby and desperate.

I remember that Ellinor was talking to me in a calming voice that made me feel less anxious and less ruminating. Meanwhile she was doing the healing work. I remember that it just felt good and relaxing, I didn't think about it so much. Almost as if I had „forgotten“ the problem. Until the next nursing session with my baby, in which the left breast got milk again. Not much, but every time a bit more. My baby is now a healthy toddler that still gets breast milk occationaly and eats normal food otherwise. I am still very thankfull for this quite undramatic und silent instant help I got...

"Since my first session with Ellinor, I have never felt the need to go to anyone else. She has a spooky precision and instinctively knows what is most relevant and gives concrete advice on where I should focus my energy when life feels frustrating."

I have a feeling in my body that I have not felt before..even though it is foreign, I know that I will be able to sleep tonight and really be able to say that today was today and tomorrow is my tomorrow. So heavenly awesome ... there's something special about you! Because the feeling came at the end of the conversation and then remains.

Thank you Ellinor for a very helpful reading, as always. I feel much clearer and calmer. I have had several readings with Oak Leaf and 2 sessions of past life regression therapy. Each time, the benefit has been great. I would highly recommend a treatment.

Ellinor Isa De Ross Eklöf came into our family one late summer day as a balmy summer breeze that only Ellinor can do. She asked if we wanted to hear her play a little drum and sing for us. Which we of course said yes to, because it is not often that we have drumming singers in our house. We live in an old 18th century house and have an old smithy in the house felt that we would probably light up with some light in the smithy and ask that she had her small concert for us right there.

Said and done, Ellinor took note and sang her songs, drummed and told between the songs about its content and meaning, so wonderful. What forces came and what calm that appeared in the smithy and also in our whole house afterwards.

We - me and my husband just sat in a euphoric silence after the end of the concert and just enjoyed the peace that came into our hearts, minds and heads.

Then she spread a peace throughout our house that has lasted for many months afterwards.

So invite her or go to her concerts know yes, it is worth so much for you. I promise you with all my heart that you will not be disappointed, you will rather feel that, - why have I not done this before.

All rights reserved The Oak Leaf